The America Bicentennial celebrates 200th years at the 2nd Exhibition in Brazil in São José - A Grande Florianópolis-SC. 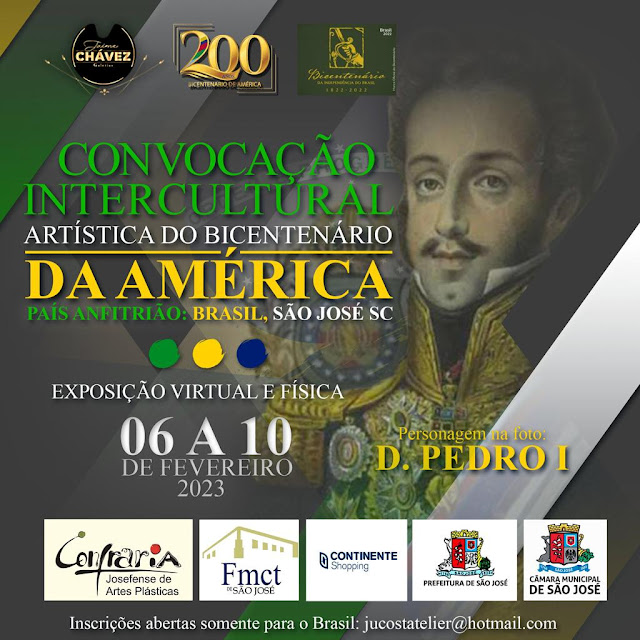 The Itinerant Crusade and the Museum of the American Continent presents its 5th Edition this coming February 6th to 10th, in São José - SC,  Brazil.

The artist of the World Currencies, Jaime Vallardo Chávez, Creator and Organizer of the Intercultural Artistic Call for the Bicentennial of America, traveling the Continent with the project and taking with him the physical collection, the exhibition of more than 500 visual artists from the American continent and guests of the Orb , together with a Commemorative Work for the 200th anniversary of each country on the Continent and now in São José Santa Catarina, to commemorate the Bicentennial of the Independence of Brazil.

The coordinator of the call for this 5th edition of the Bicentennial of America in Brazil is the talented Brazilian artist Jucélia Costa,  born in São José - SC. It is worth mentioning that the Brazilian artist is the curator of the exhibition together with the Honduran artist Jaime Vallardo Chávez, founder of the Cruzada Itinerante project and the Museum of the American Continent.

The Bicentennial of America is a project that was born at the time of the COVID-19 Pandemic crisis, celebrating the 200th anniversary of the Independence of Peru, Honduras and all of Central America in 2021.

The proposal transferred in 2022 to Pucalpa - Itinerant Crusade and the Museum of the American Continent, in Peru and Brasília - DF to commemorate the 200 years of the Independence of Brazil.

In the year 2023, the Itinerant Crusade and the Museum of the American Continent.heads to Peru and Comayagua, Honduras. 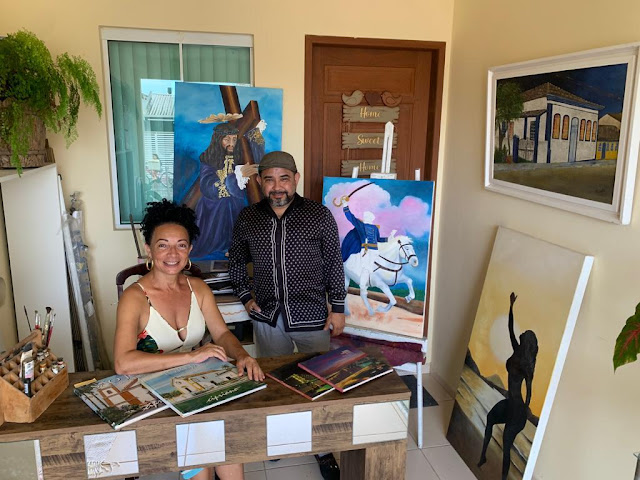 With the full support of Mayor Orvino Coelho de Ávila, from the city of São José, SC - Brazil, and his team that make up the activities of the City Hall of São José SC; together with the Municipal Secretariat of Culture and Tourism of São José - SC, the City Council, the Josefense Confraternity of Plastic Arts and Continente Shopping for organizing the event, providing its facilities for the exhibition of the Bicentennial of America.

The Exhibition stands out for presenting a Heritage Artist of America for São José - SC / Brazil, in memory of Master José Cipriano da Silva (1927-2009).