Profit is never guaranteed. losses can be incurred. Only bet with money you can afford to lose & stay within your limits. Past performances are never guarantee of future success.

Hexa under the rhythm of forrozeiro Zé da Lua. 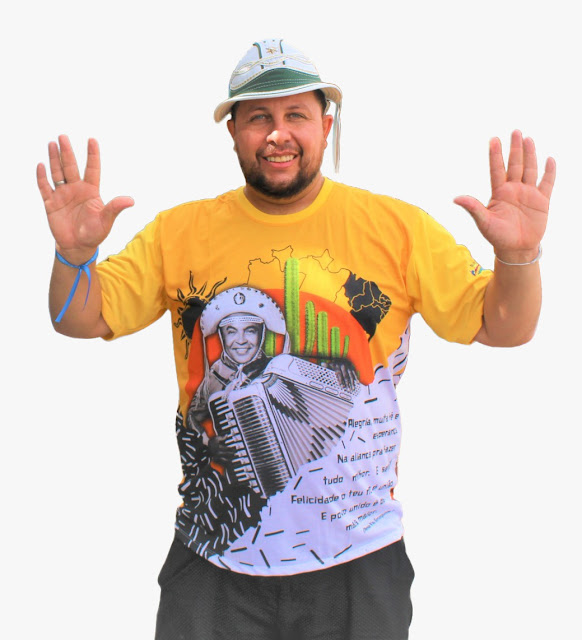 Hexa Campeão is the title of the song composed by Zé da Lua, an irreverent and creative artist, born in São Miguel Paulista, east side of São Paulo – Brazil, who has been trying to get the World Cup music since 2010.

In 2010 he produced Para o Brasil se Campeão no Centenário do Timão,  * 2014 Ball on the Foot Batuque in hand,   * 2018 Brazilian Popular Passion * 2022 Brazil Hexa Champion.  The music in the rhythm of forró and a pinch of samba is contagious and tells the stories of the cups and countries where Brazil was champion, in addition to Brazilian passions such as forró, fan, green and yellow, samba, barbecue, cold beer, pays tribute to the idols Neymar and coach Tite.   The song tells the stories of the cups and the protagonists players of the cups of 58,62,70,94,2002 in addition to the host countries, with an easy chorus that stays in the head, ~Bola no Pé Batuque na Mão~, in musical production by Carlinhos Pom Pom with participation: accordion Tio Joca, Lampião Juarez Martins, Maria Bonita Ana Freire, Candinho Neto, Mariane and Thais Musas from Banda do Candinho, Extras Nathan José, Pedro Hipolito.    Ze da Lua, the irreverent cultural producer, aims to promote the classic forro at the headquarters of the World Cup – Qatar. The idea of ​​taking this musical genre to a global event [and having the opportunity to globalize the diversity of Brazilian culture. 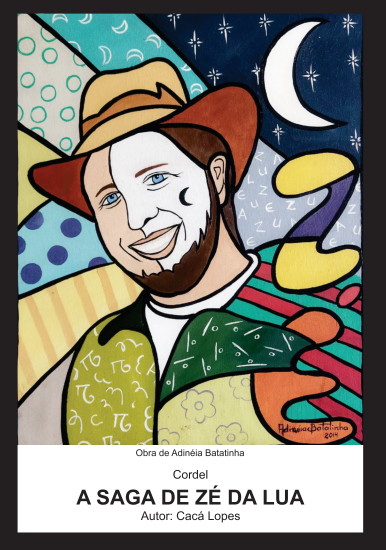 He currently presents the São Miguel no Ar Program on Rádio Integração FM, from Mondays to Fridays, from 12pm to 1pm, in addition to managing the recording studio of TV São Miguel, he is part of the Management Council of Céu São Miguel. The irreverent joking actor, cultural producer, radio researcher, singer, songwriter, cultural activist, journalist and founder of Coletivo SP Forró has a strong influence on Northeastern popular culture. In Mestre Lua, 7 years in the Northeast, in honor of the name Zé da Lua, Luiz Gonzaga known as Lua.  It is worth remembering that Ze da Lua is producer of the string A Saga de Ze da Lua.  With an extremely happy vibe that portrays the "more Brazilian" feeling in times of the World Cup, the song ola no Pé Batuque na Mão has a forrozeiro rhythm, perfect for dances and trends in general”.  According to the musician, the song is a very energetic song and made for the whole family, with a light touch and a lot of rhythm. “Now all you have to do is pick up your National Team shirt and cheer for Brazil while listening to the new World Cup song,” says Ze da Lua.  It's a song designed for the moment, that super talks with the cup atmosphere and super well produced”, he concludes.  Music Production: Carlinhos Pom Pom  Videographer – Director of Photography (A Little More Art) SugeitoRock  Editing and Effects : Jaime Gomes  Participation: Accordion Tio Joca, Lampião Juarez Martins, Maria Bonita Ana Freire, Candinho Neto, Mariane and Thais Musas from Banda do Candinho  Extras: Nathan José, Pedro Hipólito.  Watch the video: https://www.youtube.com/watch?v=ECKpBYTR1qs&t=5s  ZÉ DA MOON IN QATAR - 2022 WORLD CUP  Photo: Personal collection  Source: Costa Consulting CO  Edition: : Costa Consulting CO | MTB 0003600/GO Sula Costa