Leo Costa enchants crowds with his talent coming from his youth, his inspiration in particular is the country duo, Zezé di Camargo and Luciano. His trajectory began in his homeland, Sertânia, Pernambuco, on March 29, 1998, Luiz Gonzaga de Brito and Maria Odete de Melo Brito's son, of the six children generated, only he stood out for his talent in music. Leo is Valdemir Ferreira de Brito, Cícera Valdecir de Brito, Maria José de Aleixo Brito, Anderson Odair de Melo Brito and Rayane Tamyres de Melo Brito's brother.  Leo Costa in his solo career, has his recent work the album "Figado Reserva", released in 2020, by the label Leo Costa Oficial 2019, with a total of 11 tracks of songs and is already on digital platforms.    Photo image: Disclosure Press Office Livia Rosa Santana from Topssimo Advisory 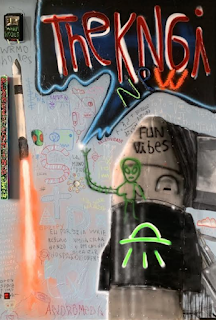 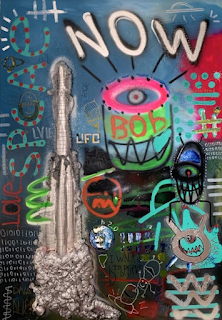 The show is an inquiry into the contemporary world within the vastness of the universe.   O Astronauta Nu: this is the name of the first solo show by multidisciplinary artist Diego Barros (aka @diego.i.am) in São Paulo. The opening for guests takes place on Thursday, August 25th, and contemplates the inquiry into the contemporary world within the vastness of the universe, at the same time as part of an abduction experience supposedly lived by the author's parents.  In the set of works that will be exhibited – around 12 canvases of different dimensions and 5 sculptures –, the Alagoan artist explores the fine contrast between technology and skill. The result is a profusion of shapes and colors, which travel through different materials, such as natural stones, LED points, metal sheets, rivets and signs, words and icons.  ""Diego Barros' art is located between the playful and the real, between the conceptual and pragmatism. His vast symbolic repertoire sometimes touches on pop-art, sometimes converses with academicism, and for that very reason it is rich, expressive and full of transgressive possibilities", says Henrique Gomes, architect and curator of the show.  Diego Barros has already had works exhibited in individual and group exhibitions and has also sold works to several Brazilian states, as well as to Europe, Canada and the United States. “Holding this exhibition in São Paulo brings me strong and complex emotions: the Club, the first creative club in the country, is a reference in innovation and receiving the invitation to inaugurate a new artistic project at the house is very gratifying", says Diego.  Located in Jardim Europa, the Club, which hosts the exhibition, took advantage of the occasion and the harmony between Diego's works and the symbolic universe of Atlantis, one of the agency's clients, and made possible a collaboration between the artist and the brand of distilled beverages, which supports the “Voice of the Oceans” movement.  "The sea, like space, is fascinating. Its grandeur, richness and complexity make us reflect on mermaids and mysteries, for example. About a meeting of worlds: that of Atlantis with that of my artistic interventions", says Diego Barros, that signs a special and limited edition bottle of the brand, exclusive for the night of art and drinks.     SERVICE  The Naked Astronaut exhibition, by Diego Barros  When: Opening on August 25 at 7pm - invite only  Opening to the public from the 26th with visits by e-mail: mailto:gabriel@pibclub.com  Where: Club - Av. Europa, 345 - Jardim Europa, São Paulo - SP  Instagram: @diego.i.am   DATASHEET  The Naked Astronaut by Diego Barros  Curator: Henrique Gomes Production: Club and Refresh Exhibition: Alan Gaia