and inauguration of new academics promoted by the Academy of Sciences, Letters and Arts of São Paulo, brightened the night of this Tuesday, May 31th, 2022, took place at the Paulo Kobayashi Auditorium, at the Legislative Assembly of the São Paulo’state. The event also celebrated the Liberation of Slaves and Mother's Day was attended by the First Lady of the Capital, Regina Nunes, the President of Avante Mulher of the São Paulo’s state, who composed the table of honor alongside the President of ACLASP Roberto Ferrari and businessman Marcelo Porto from BEFREE Mundial, lawyer Clarice D'Urso and singer Paulah Gauss.

Zaine Assaf and  the Chairman Roberto Ferrari have shown strong performance in their management in analyzing the profiles of personalities who work in different sectors at São Paulo and have contributed to the cultural and social enrichment of Brazilian society. 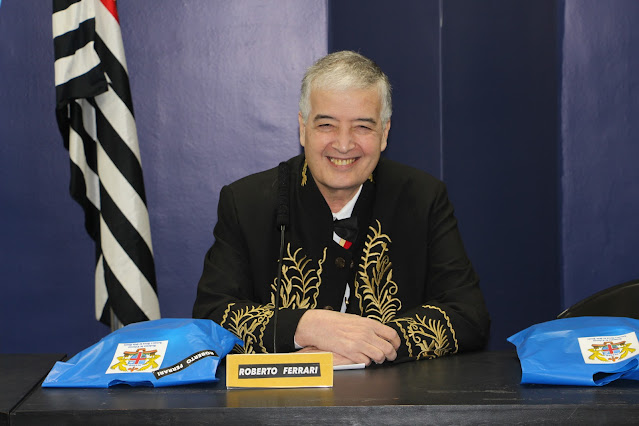 The President of the f Writers Association Journalists of Brazil - AJEB, Irislene Castelo Branco Morato, the Secretary General of AJEB, Lin Quintino, who came from Belo Horizonte, as well as the writer and speaker Cesar Romão, the poet Cinthya Theodoro Porto, the writer and lawyer Nelson Malzoni Silvério and dentist Aonio Genicolo Vieira.

The event was conducted by the academic Leniza Krauss with great elegance and talent.

In addition to all the members of the table, the singers Gilbert Stein and Ângelo Máximo, the directors of Instituto Campeão, Gean Carlo Reis Machado and Gean Claude Reis Machado, the composer and producer Cesar Augusto Saud Abdala, the Chef de Cuisine Samir Cauerk Moysés, Ricardo Ferrari received the Renato Ferrari diploma from the Granster economic group, among other personalities.