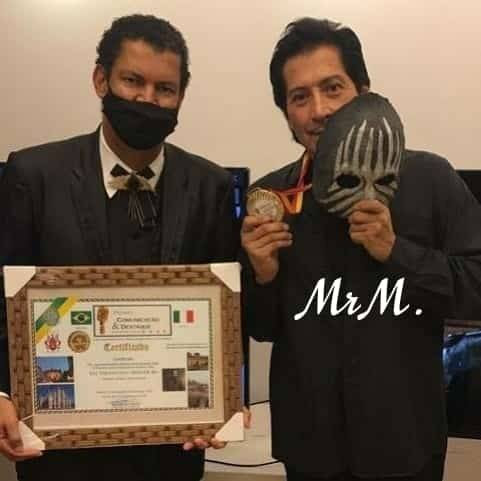 The presence of the magician Mister M, Val Valentino and other celebrities is already confirmed.

The event is entirely promoted by Billy Jackson. 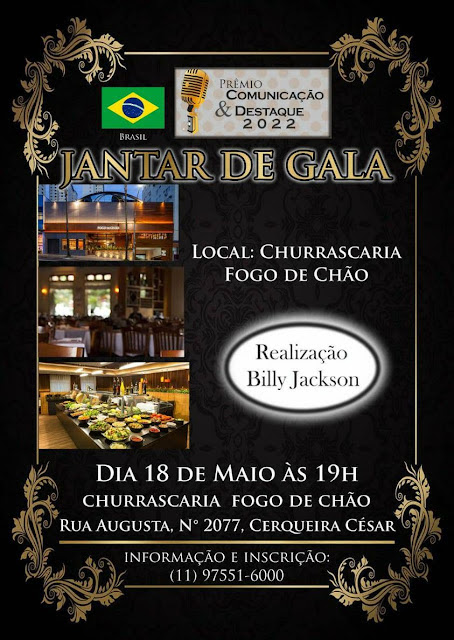 The fine artt and sculptor Paulo Lattarullo, is a Brazilian sculptor and plastic artisfine artt, who works in the creation of products at his company Art Galpao, which since 2016 has customized products totally out of the standard, in addition to being the creator of Robo Urbano, a giant robot , produced 100% from scrap, in addition to being a self-taught chef, Lattarullo is an enthusiast and innovator of art concepts in the capital of São Paulo, his creations, led him to be featured in the Botanical Garden Exhibition in São Paulo at Espaço Ortobom. The artist produced an unpublished work by Burle Marx with almost 2 meters high.

Fine Art Paulo Lattarullo, is an icon in the capital of São Paulo. In addition to all the attributes that make up Lattarullo's artistic structure, the artist is considered one of the best Brazilian chefs, in addition to being egocentric and creative, he has become a creative entrepreneur who spends his time between art, design and cuisine.

With a new location, at Rua Coronel Diogo, 1423, in Jardim da Glória in São Paulo, you will be able to find Lattarullo daily in his new and pompous space. With a surreal structure, with approximately 700 m², his newest project was gaining the artist's profile. The ambiance  is all customized and inspired by Lattarullo, from the works composed in the environment to the washrooms that were painted by himself, in addition to a distance composed of a bar with exotic drinks. One of the highlights of the Exhibition at Art Galpão is the Robo Urbano, produced entirely from scrap cars and motorcycles, totally internally sustainable.

The Robô Urbano product is composed of a built-in media compartment, an LED panel for publicizing events, menus and TV presentations. Every project is executed by the artist through Art Galpão. Lattarullo has unfolded in his productions, aligning his work to new formats and working as an interior designer in some bars in the capital of São Paulo. An example is the Rooftop at Rua Augusta, nº 1.195 in São Paulo, where the artist co-produced panels inspired by New York for the decoration of the environment.