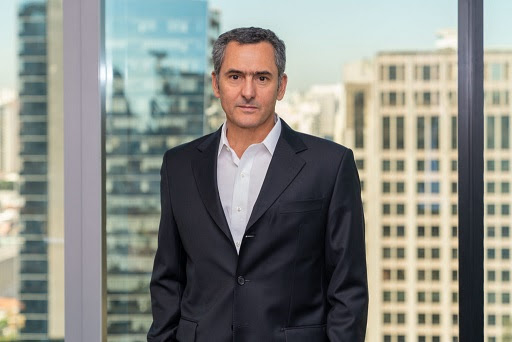 On behalf of the Board of Directors of the Brazilian-American Chamber of Commerce, Inc., we regretfully inform you of the passing, on April 11, 2022 at the age of 56, of Eduardo Refinetti Guardia, Partner of BTG Pactual (2019-22), former Minister of Finance of Brazil (2018), and longtime supporter of the Chamber.  Mr. Guardia participated in many Chamber programs and, as Minister of Finance, delivered the keynote address at the Chamber’s 2018 Brazil Summit.

With a Ph.D. in Economics from Universidade de São Paulo, Mr. Guardia began his career as a teacher at Pontifícia Universidade Católica de São Paulo.  In the 1990s / 2000s, he served as Secretary of Finance of the Government of the State of São Paulo.  He also held the positions of Head of the Economic Advisory to the Deputy Secretary of the Secretariat of Finance; Advisor to the Secretary of Planning; and Researcher of the Fiscal Area of the Public Sector Economics Institute of the Foundation for Administrative Development (IESP / FUNDAP) of São Paulo.

From 2010-16, Mr. Guardia served as Executive Director of B3 Products (formerly BM&FBOVESPA).  In June 2016, he was appointed Executive Secretary for Finance (2016-18).  He also assumed the role of Chairman of Banco do Brasil, a position he held until 2017.

Mr. Guardia was known for his rigidity in expenditure control and fiscal adjustment policies to enable reform.  He was a key backer of Brazil’s pension reform bill (passed in 2019), seen by investors as a massive step up in putting Brazil’s public accounts on a sustainable path.

More information on Mr. Guardia’s life and career can be found below.