NÃNÃNA DA MANGUEIRA – a diva with a remarkable voice in the São Paulo’s capital . 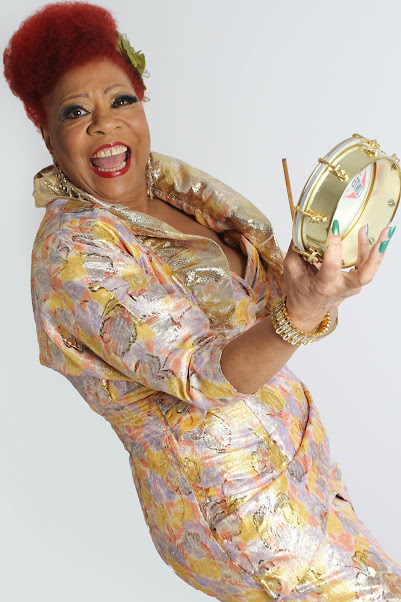 Nãnãna da Mangueira was born in Morro da Favela, in Rio de Janeiro, on April 4, 1943. She has always been committed to music since the 1950s when she sang in the radio shows on Rádio Nacional.

Since 1958, when he moved to Morro da Mangueira, where he built much of his history and where his three children were born, he lived with the great names of Brazilian samba: Carlos Cachaça, Cartola, Xangô da Mangueira, Geraldo Pereira, Zé Keti and many others. At Estação Primeira da Mangueira, at the age of 13, he started as a dancer at Vê se Entende wing..

She worked with great names in Brazilian music and art: Grande Otelo, Carlos Machado, Herivelto Martins, Ataulfo ​​Alves and Monsueto. In 1965, she moved to São Paulo, where she joined the Conjunto Batucajés, directed by Marcos Lázaro, as a singer and dancer. This was the great showcase that opened the doors of the world to Nãnãna da Mangueira: Belgium, Germany, Holland, Colombia, Peru and Mexico, where he stayed for 3 years.

In 2013, Nãnãna da Mangueira released the first CD of her career spanning more than 50 years – with general direction by Magnu de Sousá, arrangements by Maurilio de Oliveira, accompanied by the talented members of Quinteto em Branco e Preto. The CD Nãnãna da Mangueira – Caminho de Rosas has the honorable participation of Beth Carvalho in the song Pura Paixão, by composer Nonô do Jacarezinho.

She was backing vocalist for renowned and beloved singers such as Jair Rodrigues, Almir Guineto, Jorge Costa, Armando da Mangueira, she has always worked where samba and its lovers call her, including the most prestigious samba houses in Rio de Janeiro and São Paulo.

For 10 years, Nanana has performed at Bar Brahma, on Fridays at the invitation of her son Ivo Meirelles, including, in this season before Carnival, in the acclaimed box Bar Brahma. Ivo, who was named Ambassador of the Camarote, brings a show of different grooves and bossas and makes Fridays a real warm up for Carnival, with his dancers and the remarkable voice of his mother, Nanana da Mangueira

The nights of the Brahma Bar lounge at Av. Ipiranga, in the heart of São Paulo’ s city, reminds Nanana of when she participated in the “Senhor Artista” project at SESC Pompeia alongside Nelson Sargento and Velha Guarda da Camisa Verde Branco, in 2007 and when she opened the Boteco da Mangueira singing at her Estação Primeira de Mangueira, in mid-2010.

The artist who has shared the stage with Wilson Moreira in São Paulo and Rio de Janeiro – Teatro Rival. Also with Wilson Moreira, she performed at Solar do mestre (2016) and also at Bloco Amigos do Alicate (2018 and 2019), being honored with the title of Musa do Bloco.

Barracão de Zinco, former samba house, Bar Aurora and Villa do Samba de São Paulo and Sacrilégio, in Rio de Janeiro were houses that had the music and joy of the singer.

In Campinas they have performed at Pagode da Vó Tiana, Escuta o Cheiro, Tonico’s, Casa São Jorge, Casa Rio, Barbieri and Samba de Luá. In the same city, he performed at the Carnival Ball at Tênis Clube, at Clube Regatas and at Ponte Preta. At Tonico's, in addition to concerts, she was a judge in the Marchinhas de Carnaval contest.

And, it doesn't stop there, in Barra do Garças – Mato Grosso, he opened the Confraria do Samba where he performed many times in memorable shows. Goiânia also featured performances by Nãnãna da Mangueira, at Hotel Gloria and at private parties. In this city, he performed together with Monarco da Portela at the turn of the year 2019-2020.
Its participation in Viradas Culturais, in São Paulo (mainly in the CEUs) and in Limeira/SP was remarkable.

She is the first drum queen in Brazil. A pioneer, she paraded in the carnival of São Paulo, in 1973 and other carnivals, in front of the drums of the great Mocidade Alegre playing tambourine.

In the 2010 carnival, she was honored by her samba school Estação Primeira de Mangueira, getting out in front of the car opens wings, in reverence to all the mothers of the sambistas and Morro da Mangueira. The record of his life in samba was recorded in testimony to MIS-Museu da Imagem e do Som and Museu do Samba (2017), both in Rio de Janeiro.

At the 2018 Carnival, she was crowned Queen of Bloco Gueri-Gueri, in São Paulo. And, in 2019, he received the title of Musa do Bloco dos Amigos do Alicate, in honor of the composer Wilson Moreira, in Rio de Janeiro. In July, of the same year, he received a tribute from the Flores em Vida Project, from the NGO Ação Educativa/SP, with an exhibition of photos by Samuel Iavelberg and a samba circle.

In 2018, he participated in the show Rainha Quelé, in honor of Clementina de Jesus, at SESC Pompéia and at Theatro José de Alencar in Fortaleza/Ce.

In December 2019, he participated in the show Sambando no Municipal, alongside several artists such as Fabiana Cozza, Deénios da Garoa, Thobias da Vai Vai, in honor of the National Samba Day, held at the Municipal Theater of São Paulo.

Participates in Damas do Samba shows since 2016, which has new performances scheduled for May 2022.

Nanana da Mangueira, just turned 79 at a celebration at Bar Brahma, on April 4th (2022). The surprise party promoted by her son Ivo Meirelles, was attended by musician friends, who are part of the singer's trajectory, in a Sarau produced especially for the Rainha do Samba. 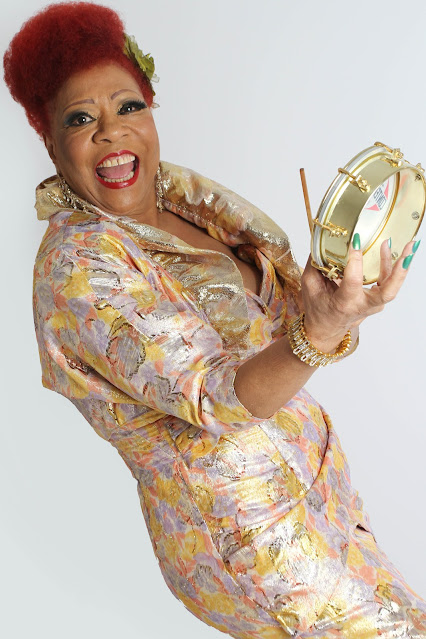 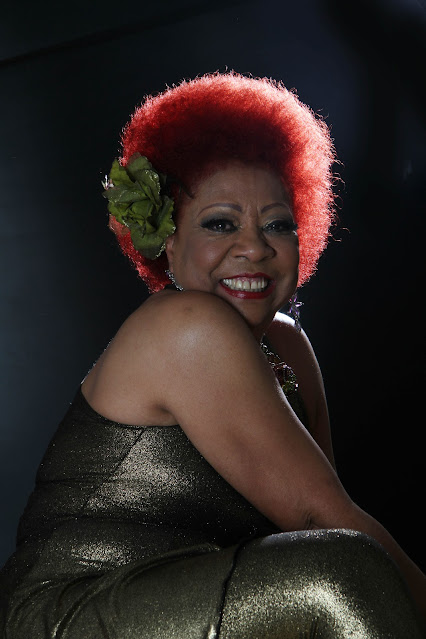