Wins like these were only possible because fair map advocates like you were willing to get involved. Help AOTL continue to fight for fair maps -- make a donation!

States on the horizon:
➡️ Legislators in New Hampshire passed a gerrymandered congressional map this morning -- but the governor already promised to veto it!
➡️ The Supreme Court allowed Alabama’s gerrymandered congressional map to be used in the 2022 midterm elections -- but plan to hear oral arguments on this discriminatory map this fall.
➡️ Republicans in Ohio have drawn many gerrymandered maps -- luckily, the Ohio Supreme Court keeps deeming them unconstitutional and sending them back to the drawing board.

Like President Obama said: “The fight for fair maps is not over.”

There are five states that still don’t have a congressional map for the midterm elections. And recent court decisions have opened the door for other maps to be redrawn down the road.

Will you donate to All On The Line as we prepare for the work ahead?

A duchess at the  Brazilian tourism service. 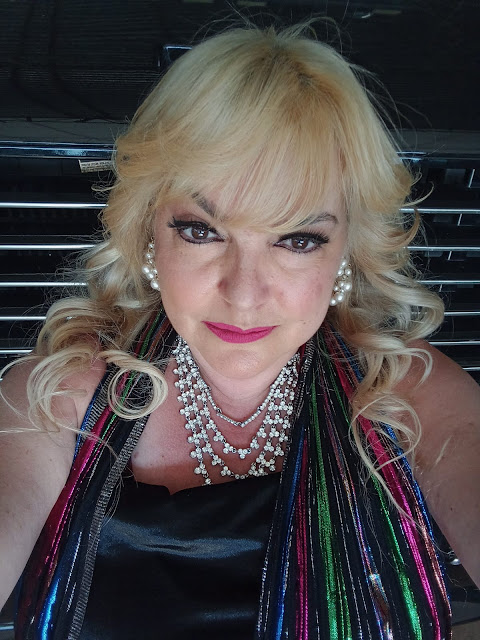 In addition, Ruthinea is CEO of the portal and the print and online magazine CBTUR VIP, growing every day in the business world.

With an impeccable portfolio in the area of ​​Tourism. With a postgraduate course in tourism at Faculdade UNIP in Business Management, he is currently studying the course.

Its trajectory in the market is 21 years with 11 years of experience. Ruthinea has the title of Duchess appointed by COBLAC (Brazilian Court of Letters, Arts and Science) and Ambassador of CBTUR Brazil, in addition to having a great experience in television and in art, she studied in international schools such as Liceu Pasteur. She is a graduate and postgraduate polyglot.

The creation of the CBTUR VIP Magazine Portal also arose from the need to meet the tourist demands of its business side, serving the A and B audience.

Having a digital reach with the media, it also has a printed magazine, which has national columnists and experts in their relevant areas that concern Globalization, Accessibility, Sustainability, Social Science, Art, Gastronomy.

The printed magazine is bimonthly and the portal is updated through our columnists.

Your resume doesn't stop there. Ruthinea has been heavily involved in art from a young age. In addition to being a TV presenter, she is maintained in classical ballet, jazz, american tap dance, , flamenco and rhythmic gymnastics. She worked as a Telemoça do Programa do Silvio Santos and acted as an actress in Praça É Nossa by Carlos Alberto de Nóbrega.

She made several theatrical plays, which was not a character directed by Paulo Ciambroni, called "A Bela Adormecida Dormia".

She was presenter and judge of the program Alegria Geral by the anchor Paulinho Cidade on the Band TV channel. there was the painting "Touring with Ruthinea de Carvalho". 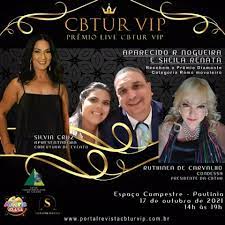 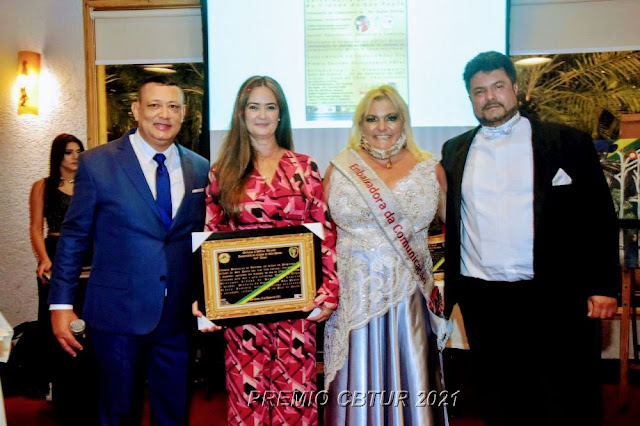 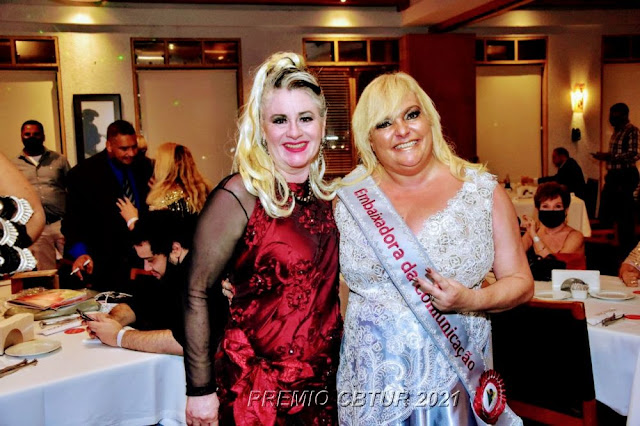 She also worked as a model and mannequin and represented several haute couture brands.

With an emphasis on national and international events, she is an Arbitration Judge, Judge of Peace Chaplaincy and Social Projects, who for 11 years headed the São Paulo Hotel and Restaurant Employers Union and was elected president of CBTUR - Brazilian Chamber of Tourism that is an association focused on Hospitality, Gastronomy and Tourism and includes the Pasta Mulher do Ocupa-Association of Street Carnival Blocks in the City of São Paulo.

Speaking of her human side, she has a strong group of empowered and enterprising women. There are a total of 10,000 members all over Brazil, including in her various works, Ruthinea has already given motivational lectures to advise women against domestic and property violence.

In these 21 years, the Duchess and Ambassador of CBTUR Brasil, is dedicated to the company CBTUR - Brazilian Chamber of Tourism is an association dedicated to Hospitality, Gastronomy, Tourism, National and International Events. It has a business focus and its suppliers as a travel agency, accommodation and with high-end restaurants.

A natural entrepreneur, the young Duchess has already promoted more than 10,000 awards and tributes, adding to her supporters the Seal of Responsibility - The Best CBTUR Award To the Best of the Year, elected by a jury composed by public opinion, she brought the honor of being invited to to be the Honorary Consul of Grenada in the Eastern Caribbean..

At the launch of CBTUR VIP Magazine printed in November 2021, it promoted a live highlighting advertisers and dissemination of their respective products and services, exposing once again CBTUR Brasil through its media, Print and online Magazine, Portal , Youtube Channel (CBTUR VIP Program) and Events, achieving the highest visibility and credibility in 21 years of good service with such quality, technology and well-being to partners. Treating with great honor and dignity.

Currently, she commands the CBTUR VIP program on the Youtube channel and is CEO of the online and printed CBTUR VIP Magazine. Their number grows every day in viewing. The demand for her services is huge. Ruuthinea is a presenter along with Leduar Dantas, on the VIP Show program by Band Litoral, with the painting "On the Divã with Duchess Ruthinea de Carvalho".