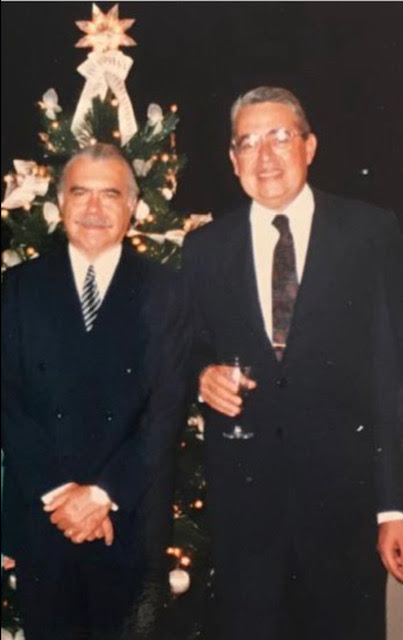 On behalf of the Board of Directors of The Brazilian-American Chamber of Commerce, we regretfully inform you of the passing, on August 26, 2021, of Ambassador Carlos Eduardo Alves de Souza.

His diplomatic career spanned more than 40 years and many different countries. He served as Ambassador of Brazil to the Czech Republic, Paraguay, and Switzerland. He also held several senior positions in Brasília, including the Office of the President in 1985. Ambassador Alves de Souza served as Consul General of Brazil in New York between 1981 and 1984. His interaction with the Chamber strengthened ties between Brazil and the United States and furthered the Chamber’s mission of promoting trade and investment between the two nations. He retired in 2001 to Rio de Janeiro and focused on his family, friends, golf, and his beloved soccer team, Flamengo.

Our heartfelt condolences go out to the family and friends of Ambassador Carlos Eduardo Alves de Souza as we mourn his passing.

Voting for next year's SXSW Panel Picker is open through August 26th, and we invite you to cast your vote for one (or all three) of our panels before the deadline.

We have extended the application deadline for FoodFutureCo's ninth cohort! Applications close on Friday, September 3rd at 11:59pm EDT. Submit your application today as we are accepting companies on rolling basis!

Join a community of social entrepreneurs committed to changing the future of food via scalable and impactful solutions promoting taste, affordability, accessibility, health, sustainability, and communal responsibility. Do you know any mission-driven food businesses? Submit your nomination by replying to this email at info@foodfuture.co Thank you for your continued support of FoodFutureCo.

Meet our team and community.