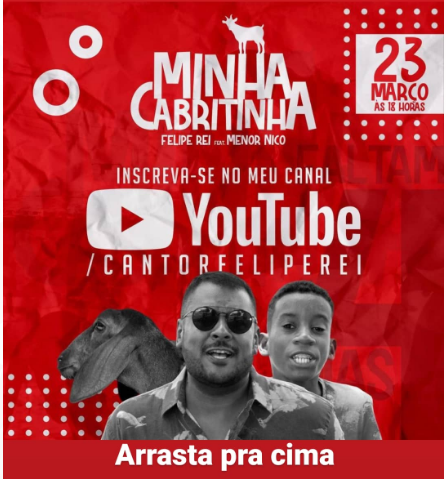 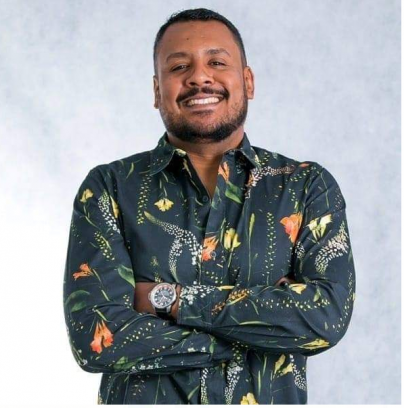 The musician Felipe was born in the city of São Paulo SP and is the son of a Bahian mother and father from Alagoas.

This new work will be distributed on all digital platforms and streams, and the video clip will be released on youtube and on social networks such as Youtube, facebook and instagram, with the special participation of Menor Nico.

The busy routine of the mayor of Miami - Francis Suarez 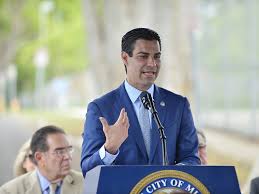 The busy routine of the mayor of Miami - Francis Suarez. It all starts with the virtual tool - “Internet“. When Delian Asparouhov, from the VC FOUNDERS FOUND fund, suggested on Twitter that Silicon Valley move his suitcase and cuia to Miami, the unusual mayor of Miami tweeted back "How can I help you?"

The conversation went so viral that it attracted executives, celebrities and founders from all over the tech world, like Jack dorsey, from twitter, Davy Portnoy, from Barstool Sports and Keith Rabois, one of the founders of the Founders Fund, who has already moved to Miami, who he became a kind of “cheerleader” for Suarez, in the campaign to attract talent.

Does motivation and the spirit of collectivity drive people through twitter? Marcelo Claure of Soft Bank, joined the group and announced an investment of U $ 100 million aiming to attract startups to the city.

Overnight, Miami became the target of chats and meetings, making Suarez the darling of the day and his #MoveToMiami campaign exploded.

THE HITCHING ROUTINE OF THE MAYOR OF MIAMI - FRANCIS SUAREZ

Suarez's ambition demonstrates how big cities need to fight each other to boost the jobs and taxes that come with technology companies - a dispute aggravated by the resizing of the world's overcoming in the COVID-19 era.

Since then, the young 42-year-old mayor has missed the opportunity to promote Miami as the best option for bay area refugees and unhappy New Yorkers looking for a better quality of life. The mayor's routine includes commenting on dozens of posts per day from his constituency.

The mayor's corporate and engaged fauna still includes the twins Tyler and Cameron Winklevoss - the alleged original creators of the Facebook idea - who come in between chatter and chatter about blockchain and how to make Miami competitive in the market.

Miami Mayor Francis Suarez announced that he was diagnosed with coronavirus after attending an event with President Jair Bolsonaro and his entourage on Monday (9) in Florida. At a local press conference he confirmed that he had been tested and that he had the virus. The mayor also said that he will follow the rules of the American health department and will be quarantined for the next 14 days, governing remotely. At 42, Suarez is not in the risk group - the disease is more harmful to older people - and said his concern now is with those who have interacted with him in the past few days. In a statement released, the mayor said that if the person did not greet him or had contact while he coughed or sneezed, there was nothing to do now. But "if we greet each other or I sneeze or cough near you since Monday, it is recommended that you isolate yourself for 14 days, without the need for testing."

In the United States, most hospitals and laboratories have required the patient to have symptoms, such as fever and dry cough, and have had prolonged exposure to another person, in addition to having been diagnosed with coronavirus for testing. Suarez was with the Brazilian delegation on Monday morning, in a hotel in Miami, for an event with Brazilian businessmen. He handed the key to the city into Bolsonaro's hands. The communication secretary of the Plateau, Fabio Wajngarten, who was at the delegation and at the event, had confirmed the diagnosis of coronavirus, which alarmed several Brazilian and American authorities who had contact with him during Bolsonaro's visit to Florida.

The Brazilian president, in turn, announced that his test for the coronavirus was negative. Since Thursday, after the publication of the news about Wajngarten, Republican Senator Rick Scott, who was also at the Monday event, said he was being quarantined, because he had had contact with the people of the Brazilian delegation, but there was no diagnosis about his case. Senator Marco Rubio, who met Bolsonaro at a private meeting at the same hotel, but did not attend the event afterwards, said he is monitoring his situation and would not be quarantined or undergoing tests, as he had not contacted Wajngarten .