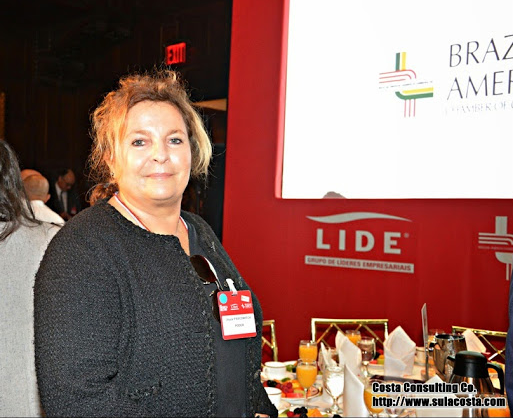 Joyce Pascowitch is a Brazilian journalist and social columnist. From a Jewish family, the Journalist who leads a successful career in Brazil, is

The journalist was present at the Tribute in honor of the former president of Brazil - Fernando Henrique Cardoso. The event was held by Joao Doria, current governor of Sao Paulo from Lide Global. Joyce, has been in the publishing market since the late 1980s.

For 14 years he signed the Folha de S. Paulo social column. At Editora Globo, she was a columnist for Época magazine and editorial director for Quem.

She was also a commentator for GloboNews for eight years.

Since the beginning of 2000, it has maintained the Glamurama website - focused on fashion, behavior, lifestyle, culture, gastronomy and trends - and publishes the monthly magazines Joyce Pascowitch and Poder. Moda and Way of Life magazines were also edited by her.

The products are part of the Glamurama group, owned by her, and which is aimed at a market in the luxury segment, targeting a high purchasing power audience. The group is headquartered in São Paulo.