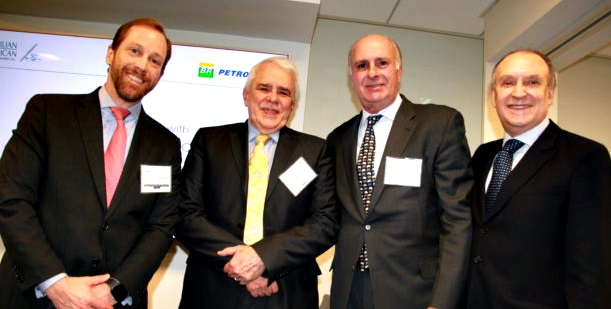 #BRAZILCHAM NYC promote in the last december 6th a luncheon roundtable with Federal Judge Renato Becho of the 10th Federal Court of Tax Execution (Vara Federal de Execuções Fiscais). Judge Becho is also a Professor of Tax Law at PUC/SP.
Judge Becho shared his  analysis of the reasons why Brazil is ranked so low in the World Justice Projects’ Rule of Law Index (58th out of 126 countries surveyed). His analysis focused on the inconsistencies in the decision making process of Brazilian judges, who in many cases follow neither the proscribed laws of a Civil Law System, nor the precedents of a Common Law society.
Judge Becho discussed Brazil’s new Civil Procedure Code of 2015, its intent to correct the imperfections in the decision making process, and why it has not yet succeeded as hoped. He presented a brief case study illustrating his analysis. His case study and general discussion focused on tax law, given his expertise in the area.

Posted by Sula Costa at 9:57 AM No comments: