Just minutes ago, the U.S. Supreme Court issued a big ruling on gerrymandering.

This is the wrong decision.

But we never thought one Supreme Court decision would solve the problem of gerrymandering or end this fight. That's why All On The Line has been building a grassroots army of supporters in every state in the country -- a team we're training to take on gerrymandering at the local and state level.

Here's what All On The Line will continue to do:
With today's Supreme Court decision, our work has never been more important. Can you chip in to help our team keep making progress against gerrymandering?

We're at a critical moment in the fight for fair maps. Yesterday, the U.S. Supreme Court effectively ruled to allow partisan gerrymandering to continue in our nation, putting the interests of the established few above the many.

But there's so much more to our fight than legal battles and one Supreme Court decision. That's why this campaign is focused on building a grassroots army of organizers, activists, donors, and voters who understand why map manipulation is a threat to our democracy and are ready to lead the charge for fair districts in their states.

Today, there's a simple way you can get involved: Sign All On The Line's Citizen Commitment and say you'll be a part of this team.

I've signed it, as have thousands of supporters from all 50 states. And the 22 major Democratic presidential candidates have taken a similar pledge to fight for fair maps.

Here's what you're committing to when you add your name:
It's that simple -- a promise to ourselves and a message to our friends, neighbors, and every politician who wants to represent us, from the White House to our state legislatures. We won't tolerate gerrymandering anymore. We will work together to deliver fair maps to this nation.

With every commitment, our message is growing louder. We need your voice to be a part of this, too. Sign All On The Line's Citizen Commitment today. 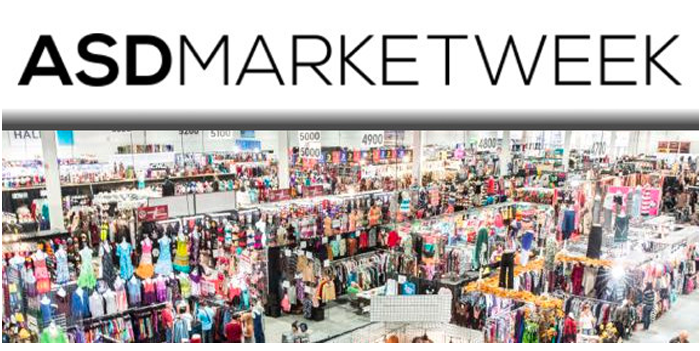 "International Trade Show for Consumer Merchandise"
ASD Market Week is the most comprehensive B2B trade show that brings the world's widest variety of retail merchandise together in one efficient shopping experience. The ASD Market Week show floor is filled with quality choices at every wholesale price point buyers could want to find. Whether you have an online store, a brick-and-mortar business, or both, ASD is truly the wholesale buying event that can’t be missed for any small to large sized retail, e-commerce, distribution, or importing business.

What's the story?
You're looking at what used to be one of the most competitive congressional districts in the country. Before 2012 (when the most recent maps went into effect), NC-11 was built around -- and, importantly, included -- the city of Asheville. Asheville provided a solid Democratic base, while the surrounding regions leaned more conservative. This meant close, hard-fought campaigns, with moderates winning tight races in the 1990s and early 2000s.

Then, the North Carolina GOP started manipulating the state's district map. They used their power after the 2010 Census to gerrymander the state, carving much of Asheville out of NC-11. By splitting Asheville, they diluted Democratic votes into two districts. This gerrymander was so blatant that in some Asheville neighborhoods, one side of the street stayed NC-11 while the other was moved into NC-10.

Help All On The Line un-rig districts like this across the country. Adopt NC-11 today with a small monthly donation and stand up to gerrymandering.

So what's happened to NC-11's congressional elections?
Since the gerrymandering, they're not competitive. Look at these voting margins:

What does this lead to in DC?
Those huge margins are more than numbers. They're an invitation to elected officials: You don't have to listen to your constituents. You'll be re-elected anyway. And that's exactly what's happened with Republican Mark Meadows -- one of the most conservative, extreme members of Congress who has somehow represented moderate Western North Carolina since 2012.

He's voted with President Trump 89% of the time, consistently going against common-sense policies supported by most Americans. He has:
Gerrymandering hurts us all, giving us representatives like Mark Meadows who go to the extremes and don't represent America as a whole. All On The Line is fighting to un-rig districts like NC-11 nationwide. Adopt NC-11 with a monthly donation today.

If you've saved your payment information with ActBlue Express, your donation will go through immediately:


Team All On The Line