Every time a volunteer engages a potential voter, it measurably increases their chances of voting.

By showing up to volunteer, you're helping candidates get elected who will work to expand economic opportunity, protect and expand access to affordable health care, and fight climate change.

Share this graphic on Facebook and Twitter, and tell your friends, family, and neighbors to join you on the ground. The stakes are too high to sit this year out:

Thank you, again, for getting involved this fall.

Make sure to continue sharing volunteer opportunities with your community, and stay engaged through Election Day.

Sign up for two more shifts between now and November 6. Every volunteer hour can make a difference: 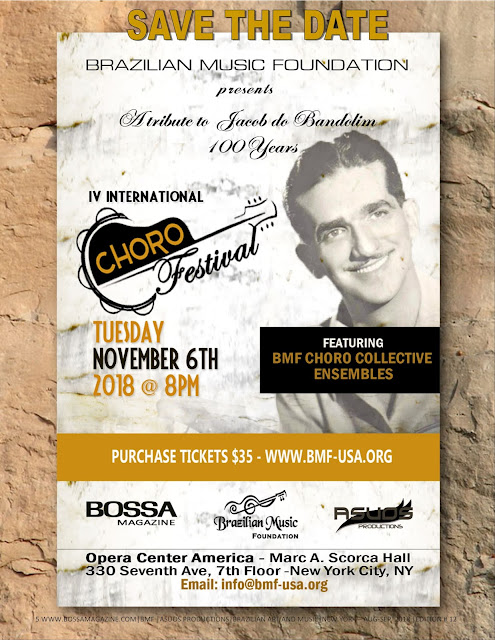 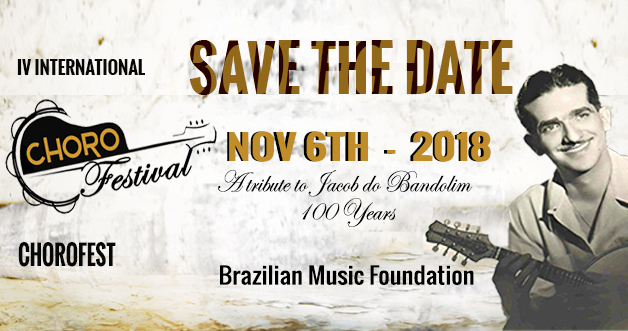 Those who appreciate the genuine sound of Brazilian instrumental music will have the opportunity to enjoy the 4th Annual Choro Festival (Chorofest)  in the City of New York , presented by Brazilian Music Foundation (BMF), in partnership with Bossa Magazine, and Asuos Productions, on November 6th, 2018 -  8pm at the Opera Center America, 350 Seventh Ave., 7th Floor, with a variety of interesting performances by BMF Choro Collective Ensembles featuring: Alex Sobreira/Musical Director/Arrangements/7 Strings Guitar, Luiz Simas/Piano & Vocal,  Wesley Amorim/Cavaquinho & Guitar, Grant Ziolkowski - Mandolin, Laura Dreyer - Flute/Sax, and Everton Isidoro/Pandeiro.
The Festival will pay tribute to Jacob do Bandolim,  one of the founders of the Choro music, named after his instrument “Mandolin”. The composer and musician was born Jacob Pick Bittencour to a Jewish-Brazilian mother and a gentile father in Rio de Janeiro in 1918. This exciting tribute to one of Brazil’s greatest Brazilian composers features creative arrangements by Alex Sobreira, ranging from the traditional to the experimental. In commemoration of the centennial of Jacob’s birth, Brazilian Music Foundation will  explore Jacob's legacy and influence.
Jacob do Bandolim (“Mandolin Jacob”) was one of the most influential Brazilian composers in the 20th century. He composed a style known as choro, Brazil’s most important popular instrumental music genre, often compared to early jazz in the United States. In the 1950s, Jacob do Bandolim led a choro revival that helped make the style a central symbol of Brazilian national identity. A serious and dedicated musician, he instilled a high degree of professionalism in the traditionally relaxed music --even if he was never a professional himself (he made a living as pharmacist, insurance salesman, street vendor, and finally notary public, to support himself while also working "full time" as a musician). Jacob began his long musical career by plucking his instrument with a hairpin, and very soon developed into the greatest mandolin virtuoso Brazil has ever known.
He struggled to preserve the Brazilian roots, and fought to impose his artistic sincerity on the music industry. He left important compositions that were incorporated in the repertory of chorões. Jacob was able to achieve with his band Época de Ouro the highest level of quality. Jacob hated the stereotype of the "disheveled, drunk, folk musician" and required commitment and impeccable dress from his musicians who, like himself, all held "day jobs”.His compositions virtually defined the choro style through the Thirties, Forties and Fifties, and he remains one of the most endearing figures in Brazilian music to this day.
The festival first occurred in August 2015, and it was a great success. Due to this positive reception, we will continue with an annual performance. The event will provide an opportunity for everyone to learn about one of the oldest Brazilian musical genres, Choro and Brazilian Jazz.
About Choro
Brazilian Choro has roots in jazz, and is considered Brazil’s first “urban pop” music. There are over 30 different types of rhythms in Brazilian Music, by presenting the diversity of our rhythms we hope to encourage diverse musicians, music students, adults, and children to engage in creating dynamic, communicative music that is energetic, fun, creative, and very inspiring!
Tickets are $ 35Available at : WW.BMF-USA.ORG 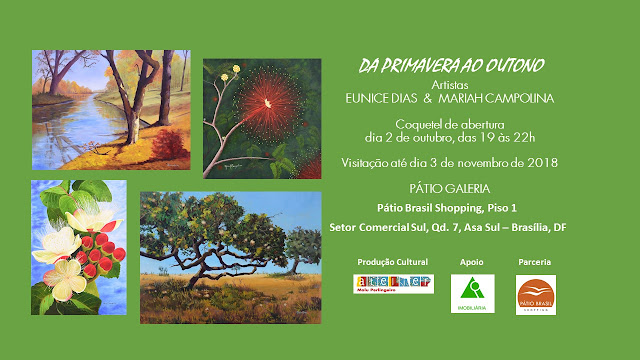 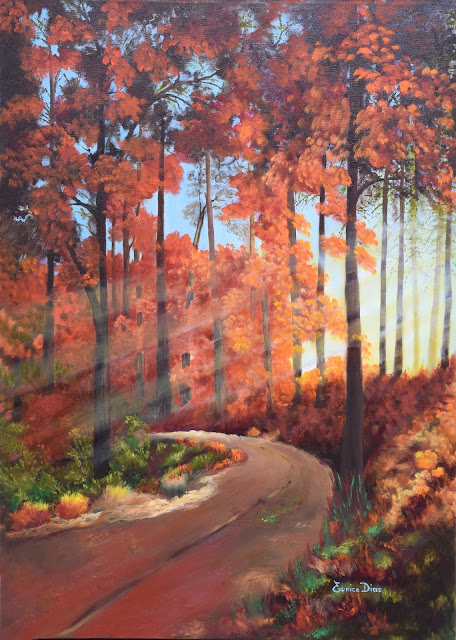 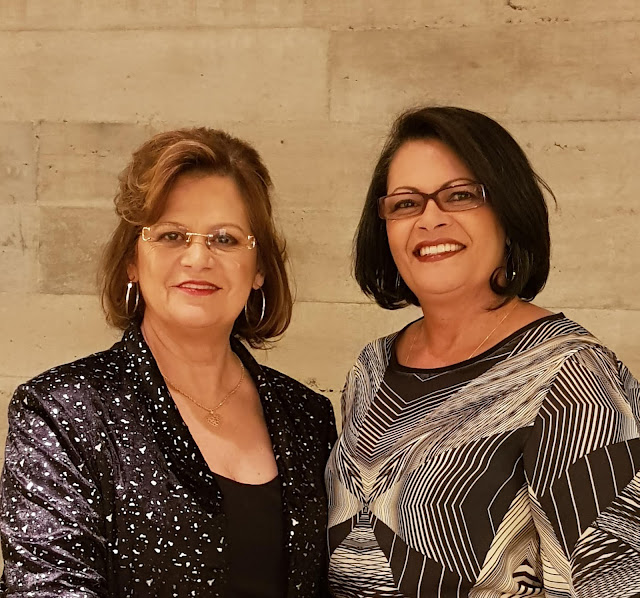 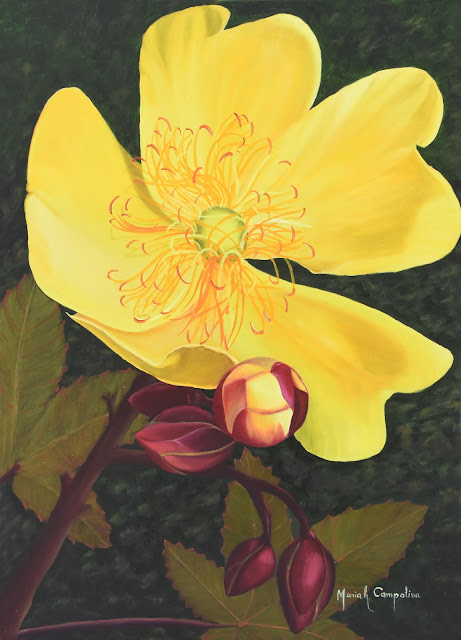 When two great artists are and resolve to join talent and creativity, the result might be only a beautiful exhibition.
EUNICE DIAS and MARIAH CAMPOLINA knew himself in Brasilia be some years and it is treading a parallel way in the art. Participating of exhibitions in Brazil and abroad, perfecting his knowledges in painting and being supported in the respective managements in the Directorship of the Association Person from Brasilia of Visual Artists (ACAV), they demonstrate what the good art can and must be taken to that what appreciate it.
In the exhibition OF the SPRING TO the AUTUMN, the figurative art presented by two visual artists, agitate the Nature of the Scrubland in flowers and results, and it shows inspiring sceneries, inviting the public viewer to plunge into these sceneries and to plunge to feel part of the offered enchantment.