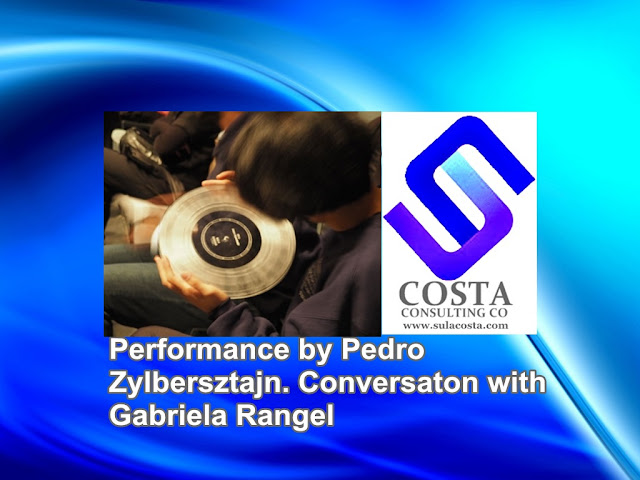 Brazilian artist Pedro Zylbersztajn will perform "brickwork" (2017), a physical record of the process of re/constitution of language. Unfolding as a 12" disc/book and a performance, it is based on a circular text that regards language use as a permanent building site. The makeshift process of fabricating the record creates, in itself, a series of impediments to a pristine listening of the words. As the needle progresses and radial distances diminish, textural noises take over and sound resolution decreases. Each side of the record provides new breath to the text, that degenerates and regenerates differently for every cycle. 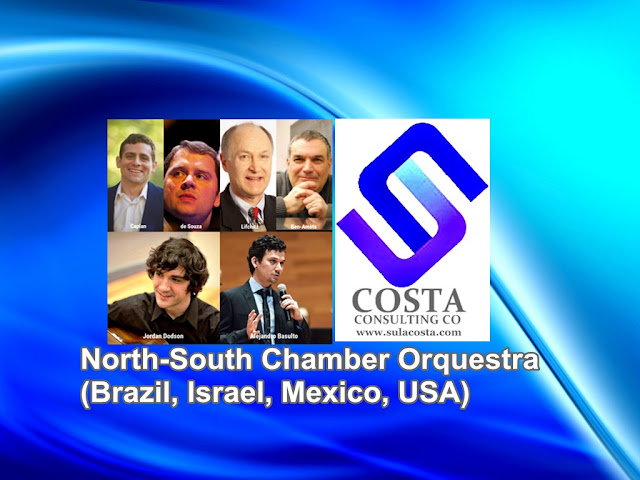 North/South Consonance 2017–2018 Concert Schedule
Seven free-admission concerts
featuring vocal and instrumental music from the Americas
and the world in the visually appealing and acoustically
superior setting of Christ and St. Stephen's Church
Location: 120 West 69th Street (between Broadway & Columbus), New York City
plus other special events around town and elsewhere 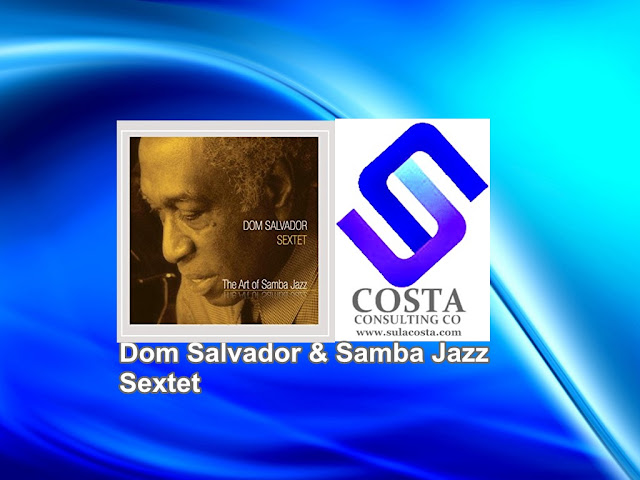 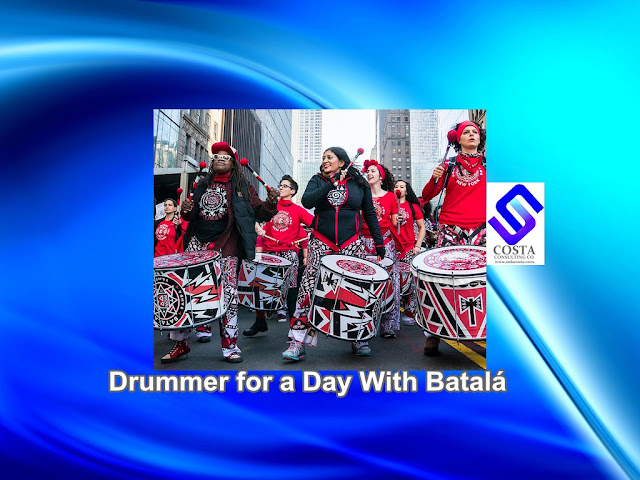 Batalá New York, the premiere all-women percussion group, will demonstrate an array of Afro-Brazilian music styles and teach about its global influence. Attendees will then have a chance to learn foundational rhythms, explore musical techniques and learn to play Samba Reggae. The workshop will culminate with students playing an original  Batalá song alongside members of the ensemble. This workshop is best for beginner and intermediate students, and is especially suited for dancers who are curious about drumming. Everyone is welcome and women are especially encouraged to attend.
Batalá New York is an all-female percussion ensemble that specializes in Afro-Brazilian music, primarily Samba Reggae — a genre originating in the state of Bahia in northeast Brazil. As its name suggests, Samba Reggae is world music that incorporates Brazilian Samba and Caribbean Reggae. Like Samba Afro and Axe, Samba Reggae incorporates African rhythms preserved and honored through Afro-Brazilian religions such as Candomblé. All three genres have influenced Batalá’s repertoire. During Carnaval every year, Samba Reggae is performed in the streets of Salvador, the capital of Bahia, by musical blocos with percussion sections with hundreds of drummers. In homage to that tradition, Batalá New York’s performances are percussive, energetic and highly dynamic with colorful costumes and lively choreography. Learn more at www.batalanewyork.love. 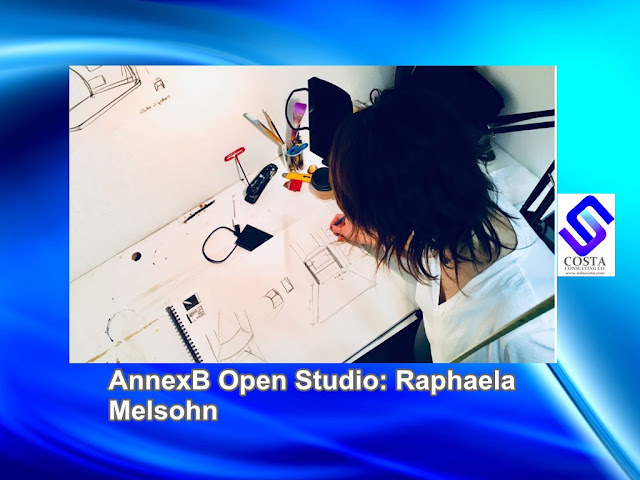 RAPHAELA MELSOHN’S COLLECTION OF GESTURES (2018) IS A SITE-SPECIFIC VIDEO INSTALLATION CREATED FOR HER ANNEXB’S ARTIST RESIDENCY, WHICH TOOK PLACE IN MAY 2018. THE WORK IS PART OF MELSOHN’S ON-GOING EXPLORATION AT DEFYING GENDER DISPARITIES AND THE WAYS IN WHICH “SEX” AND “SEXUALITY” HAVE BEEN CONSTRUCTED IN OUR SOCIETIES. 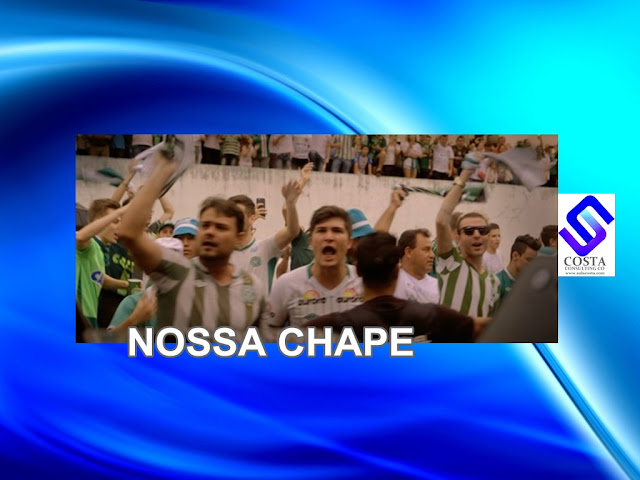 Dirs. Jeff and Michael Zimbalist. 2018, 101 mins. DCP courtesy Fox Sports Films. The extremely moving and inspiring documentary Nossa Chape by the directors of The Two Escobars follows the rebuilding of Brazil’s Chapecoense football club after a 2016 airplane crash that took the lives of all but three of the team’s players onboard. Through exclusive access to the families of the deceased, the new team, and the three recovering players, the film captures the community and team’s many challenges in the aftermath of tragedy. They find themselves divided by a desire to honor the memory of those lost while also preparing the club for its future. The fans and team must find a way to unite around a common identity. “Charged and poignant…Nossa Chape is a testament to how moving forward does not require leaving the past behind.” (The Hollywood Reporter). Nossa Chape will open at the Village East Cinemas on June 1. .

EXHIBITIION "The Magic of Handwriting: The Pedro Corrêa do Lago Collection" The Morgan Lib
June 1 through September 16, 2018.

Handwriting works magic: it transports us back to defining moments in history, creativity, and everyday life and connects us intimately with the people who marked the page. For nearly half a century, Brazilian author and publisher Pedro Corrêa do Lago has been assembling one of the most comprehensive autograph collections of our age, acquiring thousands of handwritten letters, manuscripts, and musical compositions as well as inscribed photographs, drawings, and documents.  This exhibition—the first to be drawn from his extraordinary collection—features some 140 items, including  letters by Lucrezia Borgia, Vincent van Gogh, and Emily Dickinson, annotated sketches by Michelangelo, Jean Cocteau, and Charlie Chaplin, and manuscripts by Giacomo Puccini, Jorge Luis Borges, and Marcel Proust. 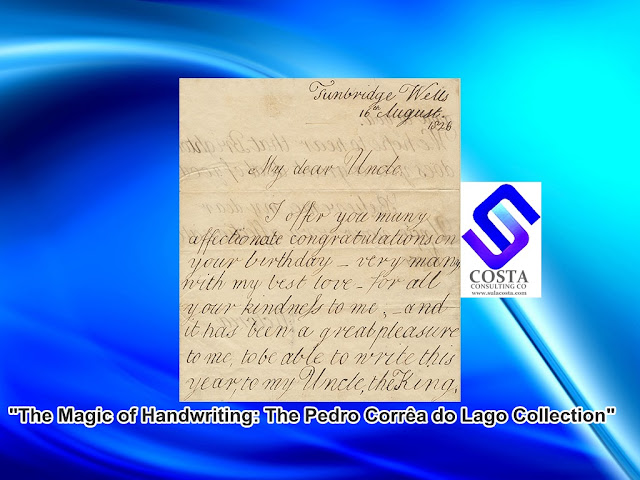