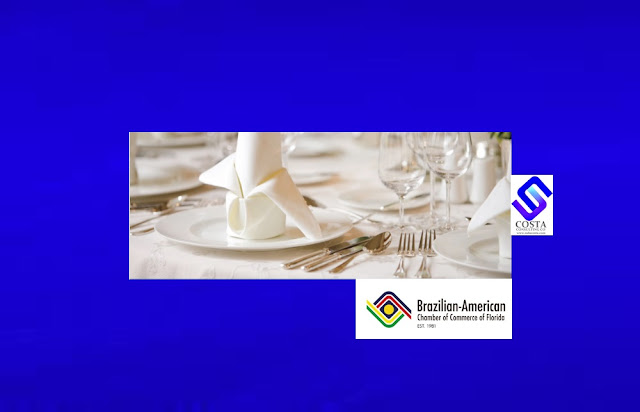 Electoral Year: Current Developments, Trends and Challenges of the Brazilian Economy
Gesner Oliveira,  is a Partner of GO Associados and Professor of Economics at Fundação Getulio Vargas.He was the CEO of SABESP Companhia de Saneamento Básico do Estado de São Paulo (2006 - 2010) The fourth largest water company in the world. He served two terms as Chairman of the CADE Conselho Administrativo de Defesa Econômica, the Brazilian antitrust authority (1996 - 2000). He was Secretary for Economic Policy in 1995 at the Ministry of Finance and Assistant Secretary for Economic Policy in 1993 - 1994.Ph.D in Economics from the University of California (Berkeley), Master from the Universidade de Campinas and Bachelor from the Universidade de São Paulo. He was visiting professor at Columbia University in the U.S. in 2006.Board member of several companies certified by the Brazilian Institute of Corporate Governance (IBGC, in the Brazilian acronym) as an independent board members.

Organized for over a decade, the Brazil Summit is one of the most important events in the Chamber’s annual calendar. Government officials, business leaders, members of the international financial community and academia will have the opportunity to discuss and evaluate key developments affecting the Brazilian economy, as well as the current political, economic and investment outlook for Brazil. 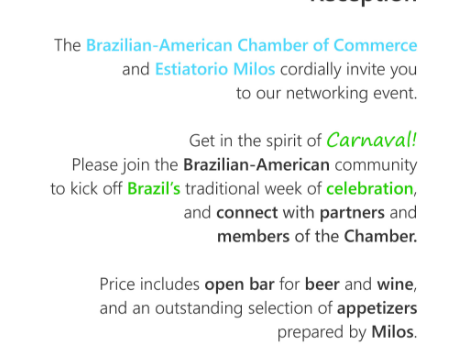 In spite of the turbulence and the unexpected, 2017 was a positive year for Brazil. Important reforms were approved, a recovery took shape, and fundamentals improved:  GDP growth is likely to register 1%; inflation is at 2.8%; and the Selic rate dropped to 7%.  The Temer administration’s focus on improving fiscal management, however, has produced mixed results.  Public expenditures continue to grow faster than GDP, with the primary fiscal deficit widening to 2.6% of GDP. Unless reforms are made to public and private sector social security, the fiscal accounts will ultimately collapse.
2018 will be a decisive year.  Economic growth could accelerate to 3%, due largely to improving household consumption.  Capital spending continues near recessionary levels, and without material increases to capital investment, the recovery could prove unsustainable.  The economic and policy challenges now facing Brazil are compounded by this year’s presidential election. Who will be the candidates?  Can the political center define a viable single unifying candidate?  Positive developments could cause sentiment to change quickly, stimulating a rebound in investment and with it, sustained growth.
These issues will all be comprehensively discussed during the Chamber’s traditional semi-annual outlook, with an outstanding panel of leading analysts, economists and political consultants. Please be sure to join us.
Moderator:
Paulo Vieira da Cunha, Partner, VERBANK Agriculture and VERBANK Consulting, LLC
Speakers:
David Beker, Chief Economist, Bank of America Merrill Lynch
Fernando Honorato Barbosa, Chief Economist, Banco Bradesco S.A.
Monica de Bolle, Senior Fellow, Peterson Institute for International Economics
Lisa Schineller, Managing Director - Latin America, S&P Global Ratings
Ricardo Sennes, Principal, Prospectiva Consultoria