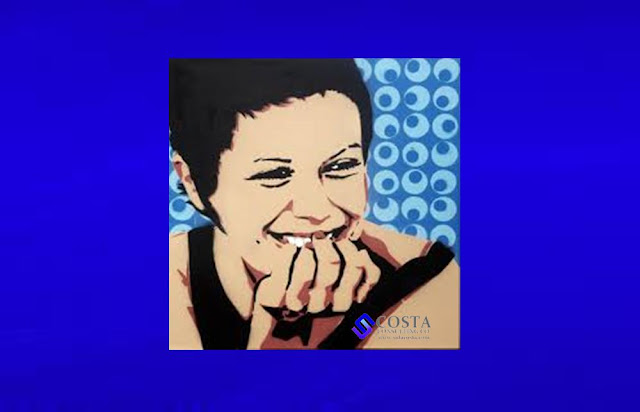 This biopic film tells the story of the greatest Brazilian singer of all time, Elis Regina, from her arrival in Rio de Janeiro at the age of 19 to her international success and recognition to her tragic and early death. Elis won eight awards at the 2017 Brazilian Academy of Cinema Awards, including Best Actress for Andréia Horta as Elis Regina.

Co-presented with Cinema Tropical, sponsored by the Consulate General of Brazil in New York with additional sponsorship from Boteco Social. 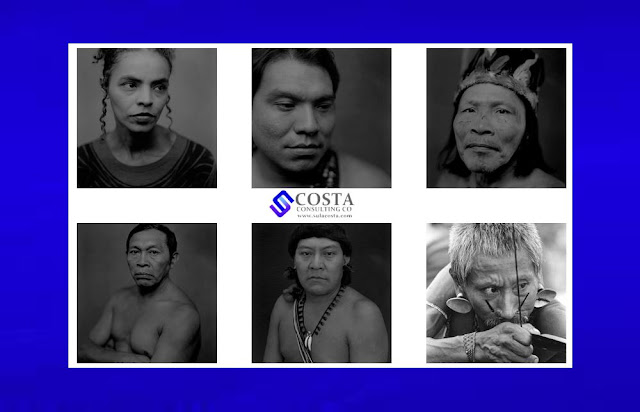 Presences, is Cruz’s seventh solo exhibition at Throckmorton Fine Art in New York City. It is a selection of vintage, gelatin silver prints from three projects: Faces of the Rainforest, The Water’s Way (O caminho das águas), and Roots (Raízes). Thus, three presences dominate this exhibition of photographs by Valdir Cruz and a show catalogue is available.

Faces of the Rainforest – People
The photographs of indigenous people in this show are drawn from six years of expeditions to remote areas of the Brazilian and Venezuelan Amazon rainforests. Cruz did not merely visit these tribes. He spent upwards of five months living with them and participating in their daily lives. The candor of these images reflects the familiar terms of their relationship. Among the human subjects chosen by Cruz is the Chief of the Wai-Wai, an Archer, a Makuxi Woman, a Man with Painted Body and Face, a Korubo Mother and Child, a Boy with a Bow and Arrow, Makuxi Youth, a Yanomami Girl Playing in a Hammock, The Hunt, and an Afternoon Ritual dance.

The Water’s Way (O caminho das águas) – Waterfalls
With the same intensity, Cruz, over many years, photographed the otherworldly waterfalls of his native state, Paraná. Lyle Rexer, in his essay for this catalog, writes, “The magnetic center of Cruz’s work is Brazil’s southern Paraná state, where the vast network of tributaries and waterfalls expunges the boundaries between Argentina, Brazil, and Paraguay....Water is a force, throughout this part of the world, and everything is process, not fixity. You can hear the water when you can’t see it – like the ocean. But unlike the ocean, its motion is not repetitive but one of ceaseless transit....‘Immersive’ is the word used by the critic Rubens Fernandes Junior to describe their capacity to convey a viewer to that place.”

Roots (Raízes) – Trees
The Brazilian state of São Paulo commissioned Cruz to research and photograph the extraordinary trees of the region, resulting in a collection of spectacular “portraits.” Rexer writes, “He focuses his most attentive gaze on the trunks and roots of the tallest trees. As with the waterfalls, his camera creates a second nature, with extreme viewpoints and an exaggerated sense of towering growth...The motion of the trees is all upward rather than downward, a vast defiant struggle against gravity and time....Yet these photographs of roots and ascending trunks do not arrest time but almost seem to deny it.”

VALDIR CRUZ
Over the past three decades, Cruz has chronicled unique and ephemeral places in Brazil where the people and the landscapes create an indelible impression on the viewer. In the words of Spencer Throckmorton, “Valdir Cruz’s exquisite photography bears out Tolstoy’s observation that to be universal one only needs to talk about his own village.” The power of these images of Brazilian people, distinctive landscapes, and magnificent waterfalls opens a discussion about human societies and the environment.”

Cruz was born in Guarapuava, in the Southern State of Paraná, and while he has lived primarily in the United States for more than thirty years, much of his work in photography has focused on the people and landscapes of Brazil. He was awarded a Guggenheim Fellowship in 1996 for Faces of the Rainforest, a project documenting the life of indigenous people in the Brazilian rainforest from 1995 to 2000 as well as additional Guggenheim support with a publication subvention award in 2000. Since 1996 he has published ten photography books.

Cruz has been honored with more than fifty solo exhibitions. He is represented in the permanent collections of the Museu de Arte de São Paulo (MASP), the Museum of Modern Art (MoMA) in New York City, the New York Public Library, Museum of Fine Arts in Houston, TX., and the Smithsonian Institution, Washington, D.C., among others.

Faces of the Rainforest – The Yanomami. New York: powerHouse Books, 2002 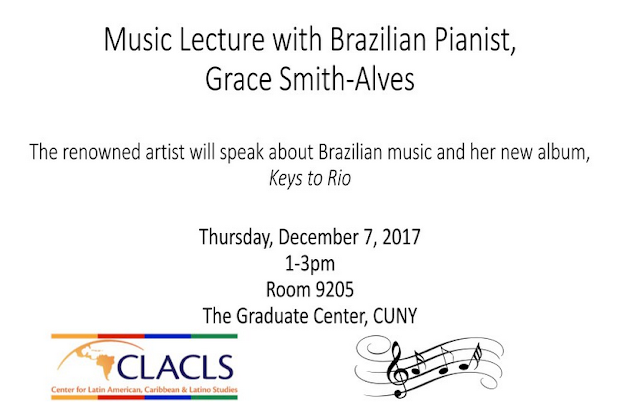 CUNY - The graduate Center
Posted by Sula Costa at 10:16 AM