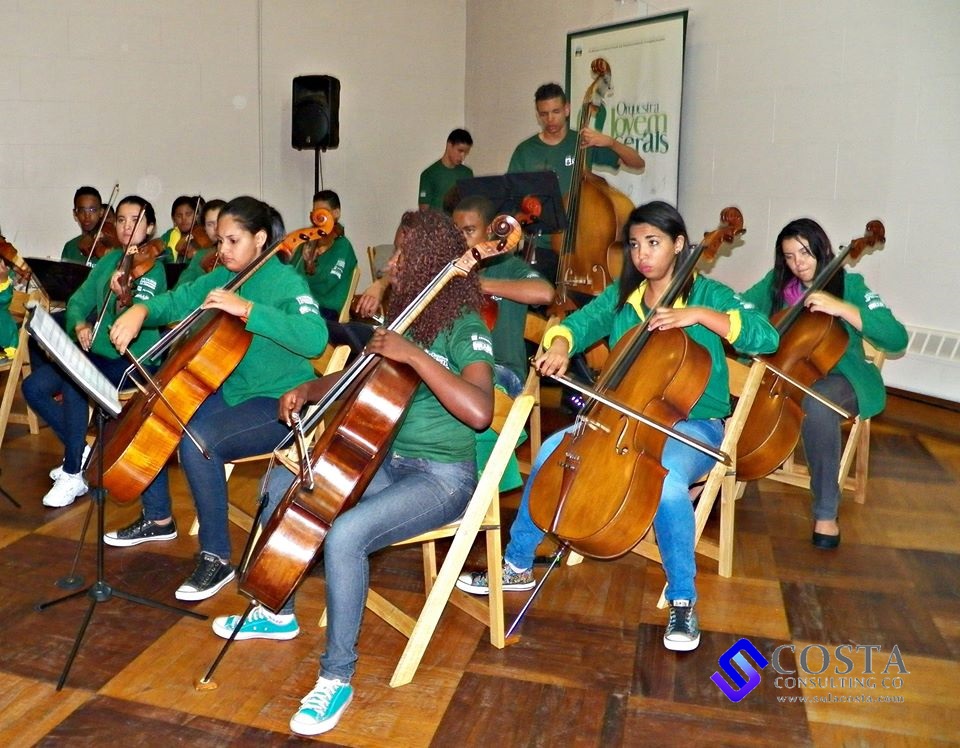 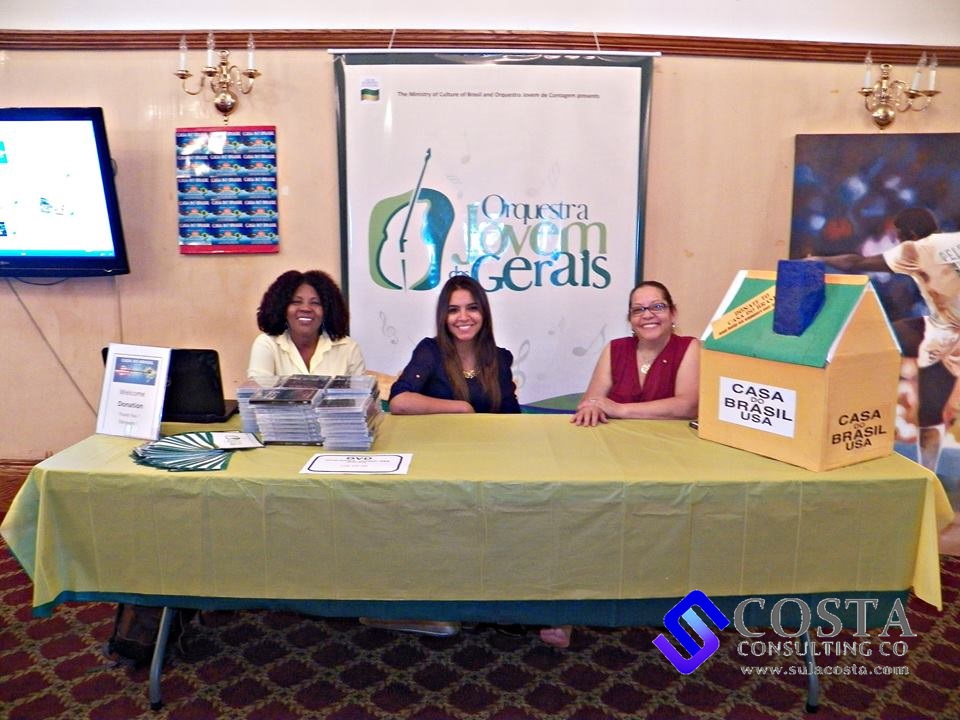 Orchestra of Contagem is part of a non-governmental organization that provides free classes for string and wind instruments, music theory and English for more than 250 children and adolescents from socially vulnerable communities in the metropolitan region of Belo Horizonte, Minas Gerais, Brazil.
Music education is the main power that directs their work, whose goal is to act in the awareness and training of the fundamental principles of citizenship: respect, solidarity and human dignity. This directly reflects upon the family, making many of these family values that perhaps may have been overlooked, renewed through art, in this case the music making.
The results can be confirmed during the working years: students are placed in courses at universities, technical courses and as teachers in public schools.
In 17 years of operation the orchestra counts over 200 concerts in Brazil and 70 international concerts, It already totals about 200 thousand spectators, and since its foundation, 1,400 students passed through this NGO.
This year, for the first time, the Orchestra will perform in American soil. Through this project, these young musicians have been in countries such as Austria, France, England, Germany and Luxembourg. This time, the 2013 Tour has the Youth Orchestra performing six concerts at Casa do Brasil in New York City, Pennsylvania State University, as well as in Washington DC, Winchester, Chicago and Miami.
2013 also marked the year that the Orchestra reached higher artistic and recognition levels. To celebrate that, "The Orchestra Jovem de Contagem" changed its name to "Orquestra das Gerais" as a tribute to the state of Minas Gerais, the home state of the orchestra and to consolidate its musical direction and goals
Casa do Brasil is honored to be the site of their New York Debut Concert.

Any proceeds from this concert will help in part to minimize some expenses - Casa do Brasil New York, a not-for-profit organization dedicated to promote the overall well-being and sustainable socio-economic development of the Brazilian community in the United States through culture, information, education and citizenship.