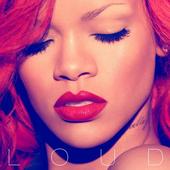 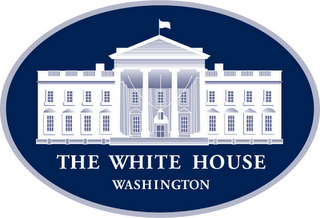 One year ago today, after a tough battle with the special interests in Washington, President Obama signed Wall Street Reform into law.
That law does three important things. First, it brings to an end taxpayer funded bailouts, so taxpayers will never again be left paying the bill if a big bank fails. Second, it stops the reckless risk-taking by Wall Street that put consumers in jeopardy and led to the economic crisis. And third, this law puts in place the strongest consumer protections in history.
And to make sure you can count on those consumer protections, we put a first-ever consumer watchdog in charge. It’s a new bureau – a new cop on the beat – with just one job: looking out for families in the financial system.
Here’s a quick video we put together last year to explain it:

The President faced a lot of opposition when we fought for this bill. An army of lobbyists and lawyers were looking to preserve the status quo, and one year later, they’re still at it. The special interests are trying to water down what we passed, and spending tens of millions of dollars to get their way. And they’ve got friends in high places.
But President Obama has made it clear: he’s not going to let them win. He’ll veto any effort to weaken or repeal Wall Street Reform. He’s not going to let them take us backward.
We can’t afford to go back to the days when consumers were ripped off by misleading fees and deceptive lending and our economy was vulnerable to greed and recklessness -- not when we know that millions of middle class families are still hurting because of the damage that was done.
So we have a lot of work to do to rebuild this economy. We’ve got to rein in the deficit to put our economy on stronger footing and ensure that seniors and middle-class families aren’t bearing the entire burden when millionaires and billionaires, oil companies, hedge fund managers and corporate jet owners are let off the hook.
We’ve got to keep money in your pockets by preventing payroll taxes from going up for working people. We’ve got to continue to make smart investments in clean energy, innovation and technology to create the good paying jobs of the future.
But we’ve also got to keep up the fight to solve the problems that led us into this economic mess in the first place.
It comes down to this. You shouldn’t need to have lobbyists on the payroll to have your voice heard in Washington. And in your financial dealings, you deserve a basic measure of protection against abuse. You should have the freedom to buy a home or open a credit card or take out a student loan with confidence that you’re getting a fair deal.
That’s what these consumer protections will do. That’s why Wall Street Reform matters.
Sincerely,
David Plouffe
Senior Advisor to the President
Posted by Sula Costa at 9:06 PM