In the wake of the COP15 Climate Summit in Copenhagen, the Columbia Consortium for Risk Management (CCRM) and the Intergovernmental Renewable Energy Organization (IREO) announce a partnership to help meet critical clean energy needs for developing countries. This goal addresses the main risks to global stability in the 21st century created by climate change and poverty.

The partnership will leverage the leading policy research and teaching capabilities of CCRM on the issues of climate risk management and clean energy technology, as well as IREO’s outstanding record of developing long-term partnerships between communities, governments, UN Agencies, and the private sector for sustainable energy programs.

IREO, CCRM, and Humanitad Foundation will co-organize a conference in the Middle East in October 2010, which will bring together various governmental and private sector stakeholders with the intention of taking concrete steps towards global and national policies that will lead to the development of enhanced energy supply critical for economic development while addressing the threat of climate change. This follows a November 12 forum that CCRM and IREO collaborated to hold at United Nations Headquarters in New York, which specifically addressed “Developing Financial and Technical Solutions for Small Island Developing States (SIDS)”.

According to Mr. Robson Mello, Secretary General of IREO, “The partnership between IREO and CCRM will develop a formula for the implementation of local sustainable energy programs that can be replicated globally and also enable developing countries to help address the risk of climate change.” Professor Graciela Chichilnisky, Director of CCRM and architect of the Kyoto Protocol’s carbon market, says “Following our introduction of negative carbon policies in the Copenhagen agreement, the carbon market can fund negative carbon energy sources that stimulate development and reduce the concentration of CO2 in the atmosphere in low emitting nations of Africa, Latin America and small island states, thereby achieving an important objective of this partnership with IREO.”

IREO aims to meet the environmental challenges posed by the development of human civilization by implementing pilot projects to educate and promote the use of renewable energies around the world. IREO’s vision is to build long-term partnerships and support with communities, governments, the United Nations Agencies, the private sector, NGOs, IGOs, academia and think tanks in order to bring sustainability to communities while creating a better and cleaner world. IREO is an intergovernmental organization formed through a Constituting Treaty by the Official Member States that agreed to form a Collaborative Intergovernmental Cooperative Free Agreement.

The Columbia Consortium for Risk Management generates and disseminates cutting-edge scientific information about the prediction and management of climate and other natural hazards, in combination with advances in risk management and financial engineering. Drawing on Columbia University's data and research in climate prediction and natural hazards, CCRM specializes in the prediction and management of complex and chaotic systems, securitization of insurance risks, fractal statistics, decision theory under uncertainty, financial engineering and stochastic analysis. The Consortium brings together leading researchers from within Columbia University and from around the world, regardless of institutional boundaries, to manage existing and emerging risks. CCRM has received major funding from the six largest reinsurance companies in the world and the Air Force Office of Scientific Research (AFOSR) in Arlington, VA. 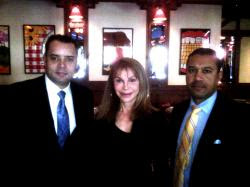 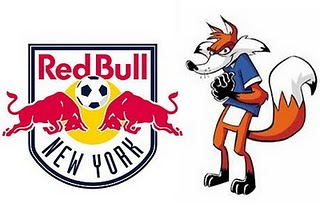